Yesterday evening I joined a team of Eyewear poets celebrating our Spring book launches in London: US Dhuga, Mariela Griffor, Marion McCready, Kate Noakes, Jason Lee, Dick Witts and me, together with the Director of Eyewear, Todd Swift.

We all piled into the LRB Bookshop, where I have to admit the big excitement for me was shaking the hand of (and – later – being bearhugged by) the person who tweets @LRBbookshop. Obviously I can’t reveal his identity. He may be called John. But that doesn’t really narrow it down, and in any case I believe it’s a cover name.

There was the usual panic about recognising friends from Twitter I hadn’t yet met in person. I did spend a lot of the evening staring at men I didn’t know, in case they were @mutablejoe who had threatened to turn up, but since nobody had an enormous khaki-coloured cartoon head I didn’t spot him.

Rishi and I swapping books

Fellow poet Rishi Dastidar was there, whose own collection Ticker-tape is out next week. We decided to confuse everyone by signing our books for each other in the middle of everything. 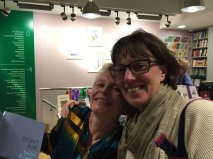 A few of my wonderful friends had travelled hundreds of miles to be there with me, and I am so grateful for their support. Because there were so many poets, and I had been allocated the penultimate spot, one had to leave before hearing me. I’m trying to think up a suitable consolation prize for her. I don’t think there is one.

I read one poem, which fittingly takes the piss out of poets, called Things are like other things. I then tried to stop reading to move things more quickly to the drinking end of the evening, but was encouraged by Todd to read another, The train poem, which again takes the piss out of poets (male poets specifically this time). If anyone bought my book on the strength of those two alone, I’d like to apologise for all the unexpected death and heartbreak they didn’t know they were letting themselves in for.

While I was raving about my beautiful cover, I of course forgot to name Alan Slater as the wonderful artist who painted it. I also thanked my editor, Kelly Davio, who is now back in the States but has left her mark on every page of the book.

If you wanted to buy a copy of Don’t Ask, you can.

Here are a few pictures from the night. I have the best friends. 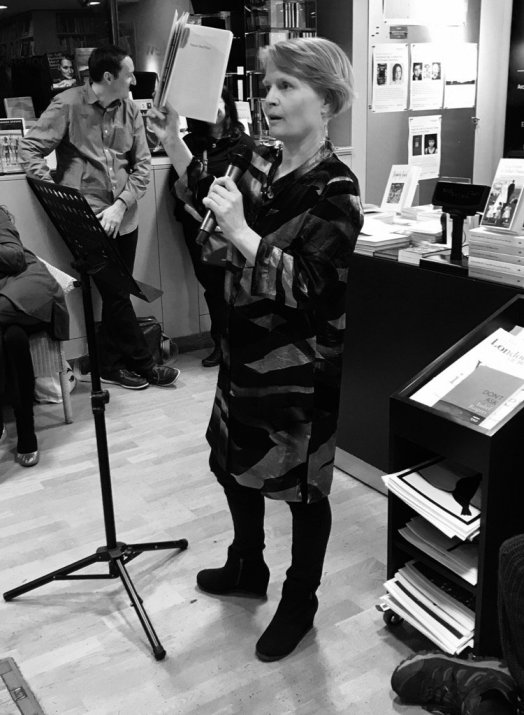 This was taken by Alastair Horne (@pressfuturist on Twitter). I’m going to live my entire life in glamorous black and white now.

Me, Isabel Costello and Rachael Dunlop.We always move as a group in strict height formation.

Debi Alper and me trying to clink glass against plastic. Behind us you can see the elusive “John” working his till magic. 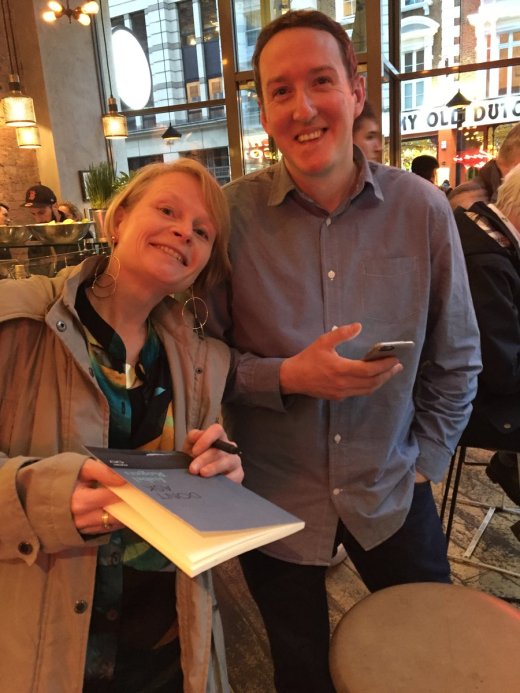 Ben Blackman is the other friend who travelled miles for the event. True dedication. He deliberately wore contact lenses so my description of him to Jane Ide was useless, leaving her to accost strange men in bars without me.

By the time we left, the shop window had steamed up. That’s poetry for you.