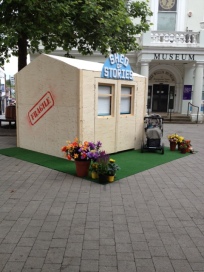 On Sunday 26 June 2016 I joined performers from Proteus Theatre, ScratchBuilt Productions, and Myths and Legwarmers Theatre Company in a pop-up library event in Basingstoke.

Before 11am, all you could see in front of the Willis Museum at the Top of the Town was a mysterious shed. Then music started to fill the square, and – yes, as if by magic – children started to appear.

For the next four hours books were handed out to kids on scatter cushions, live stories were told from the shed and there were amazing visits from story characters the children would know. I know I saw Alice visit from Wonderland at least twice. 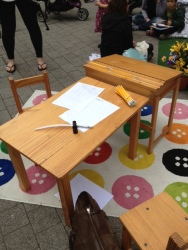 I was stationed outside the Shed, ready to help anyone who wanted to try writing a story or poem. At the height of the excitement, I had five children squashed around my two small desks, all writing really imaginative stories and poems, some with illustrations. Some parents tried to extract their child mid-story, but I’m proud to say the muse won and they just had to wait until it had finished.

The older kids tried signing their stories and poems with our real quill and ink, which was admittedly a bit splashy and smudgy but great fun to try. 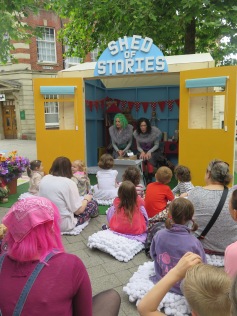 One of the highlights for me was Naomi Escott and Stacy Hart from Myths and Legwarmers Theatre Company performing Naomi’s story Manky Nigel. With their slick delivery and devastatingly hilarious deployment of ‘plop’ sound effects, Nigel was a real hit.

There is nothing more uplifting than hearing a crowd of kids absolutely losing themselves in giggles because of a well-timed pigeon turd.

Over on the write-your-own desk, we had imgination galore, producing some really brilliant stories. 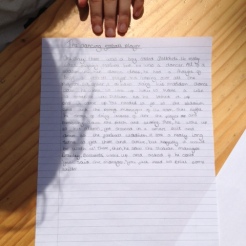 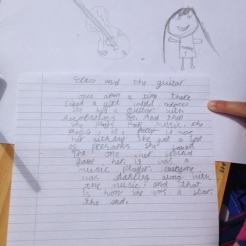 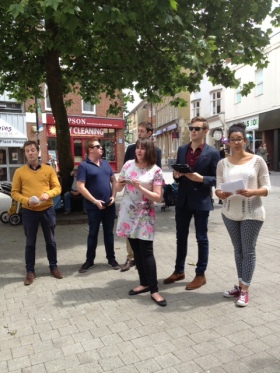 There was also a group of roving singers from Blossom Street Singers, who were popping up when least expected and singing dictionary definitions of various words, like shed, story and audience. I saw them following a couple singing about infatuation. They pretended to queue for a cash machine and then burst into song when the person at the front was busy getting their money: I never heard what that word was, but they did it several times. They were utterly brilliant.

I’ll leave you with a few pictures from the day, which was I think the happiest four hours I’ve spent for a long time. Thank you Written By Women – it’s been great. 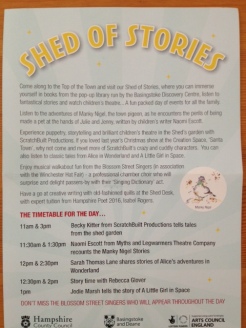 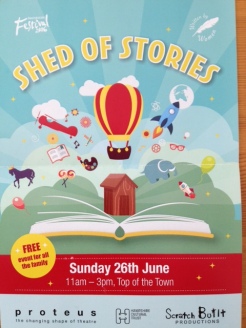 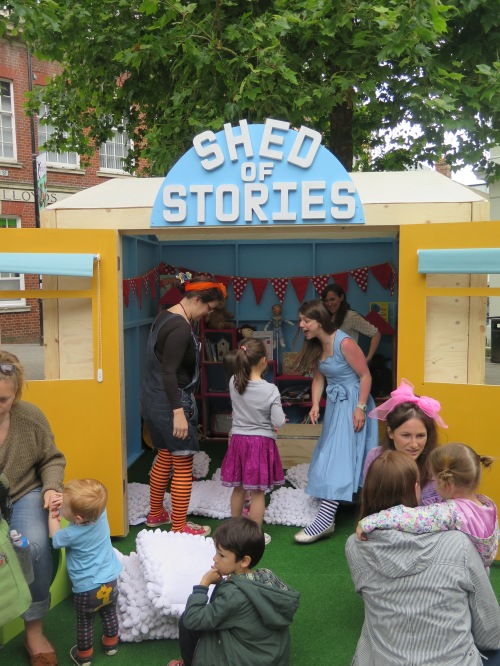 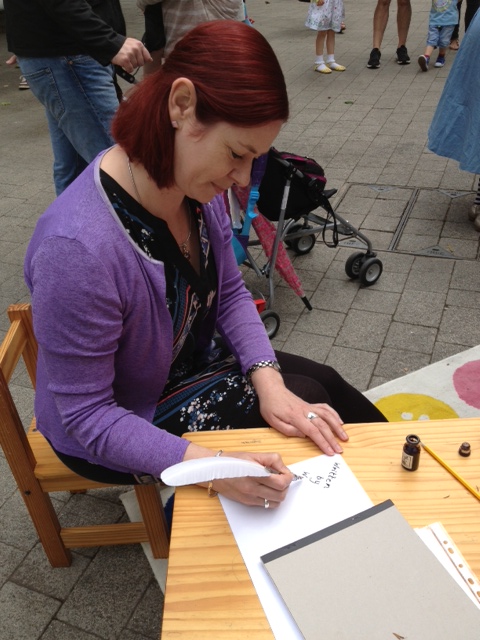 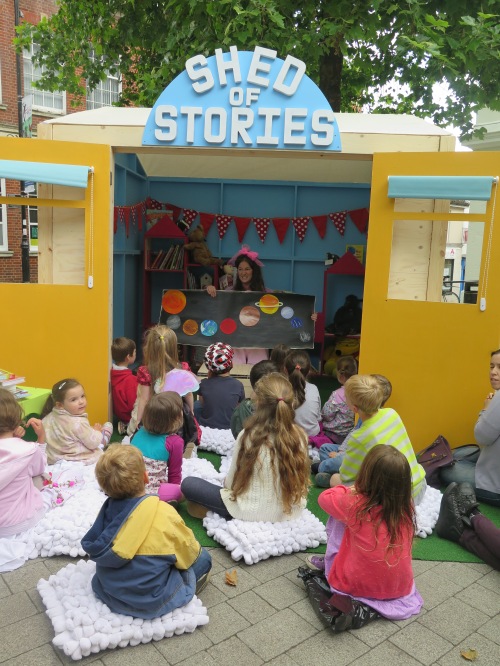 A Little Girl In Space 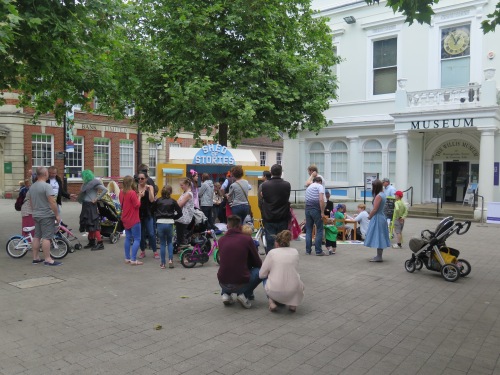 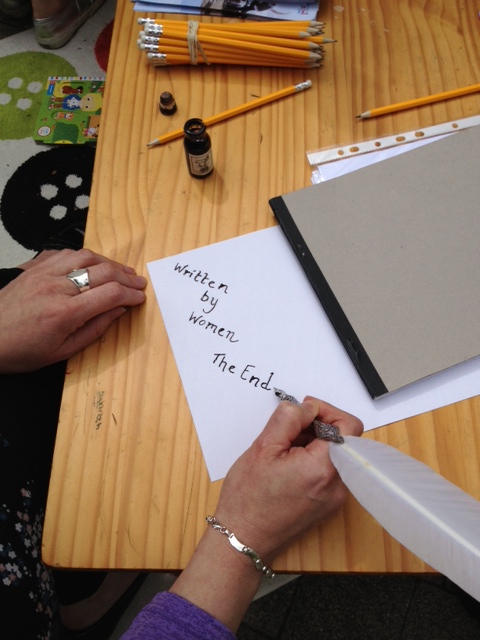 Back to main Written by Women page